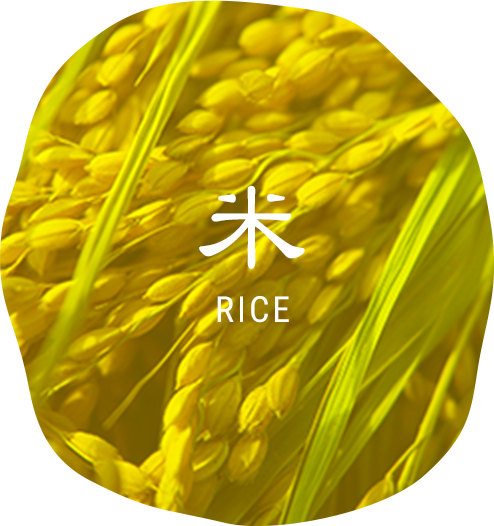 Rice is the staple food of the Japanese people. Rice is grown on "Tanbo(rice fields)". Rice field is also known as "Suiden(paddy field)", meaning a field of water. About 85% of the farmlands in Ikeda Town are rice fields. Ikeda Town is surrounded by mountains with significant day/night temperature differences, and the water is clear and pure. It is suitable for rice production. 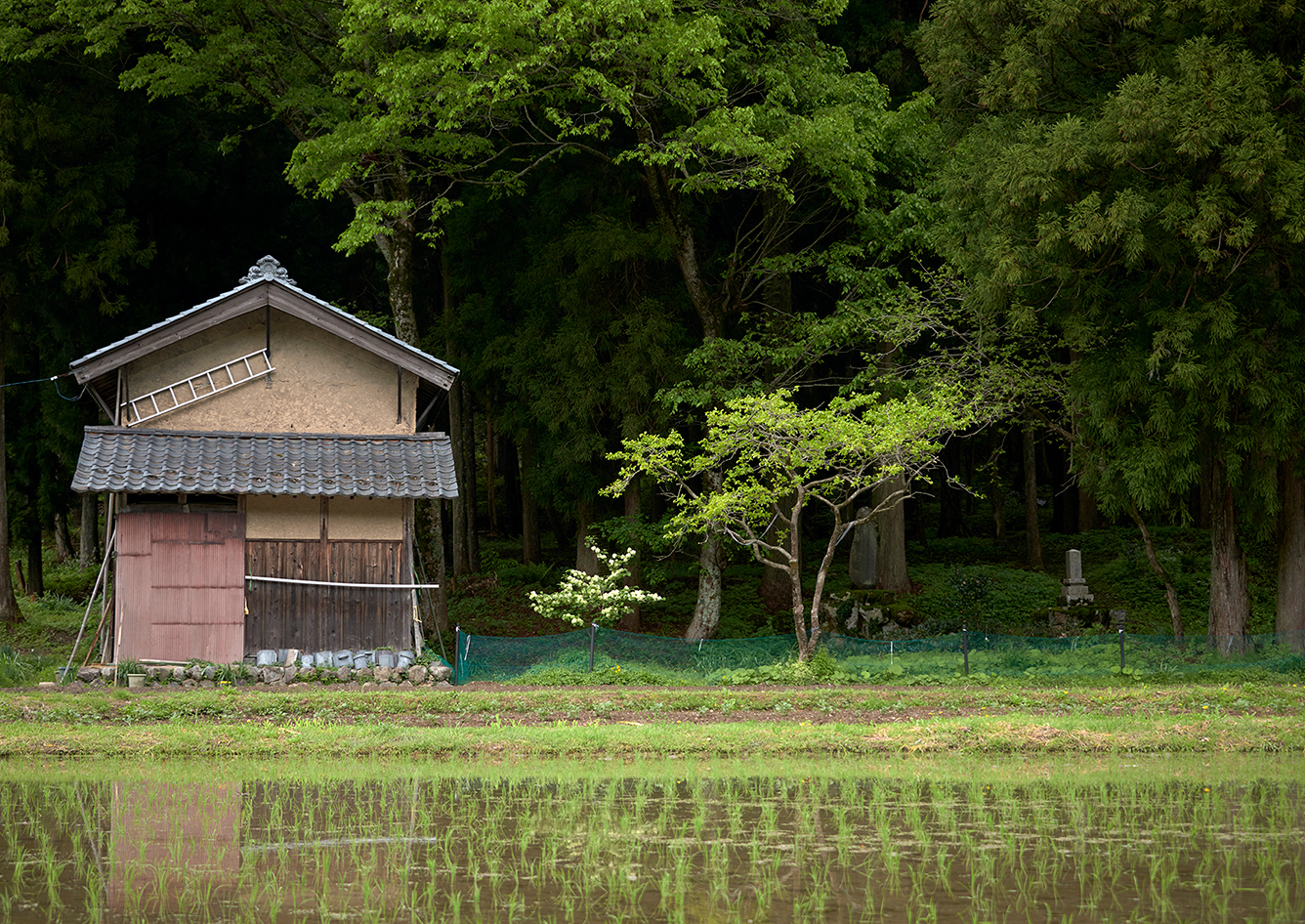 Ikeda Town is very busy in spring. Preparation for rice planting begins in the town. The first step in planting rice is to make rice fields. People put water in a rice field that has not been used during winter, dig up the soil and make it active. Planting rice seedlings in a water-filled rice field is called "ta-ue" or rice planting. In May, rice planting is usually finished in most rice fields. After that, people can just watch the plants grow while adjusting the water, removing weeds, etc. 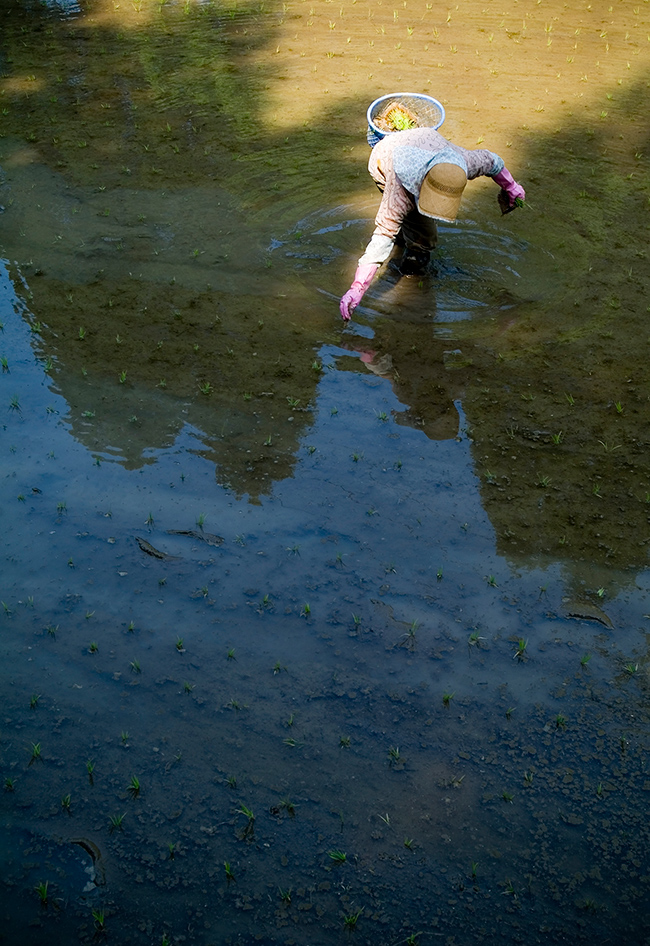 Rice grows by taking a lot of sunshine in summer and the seeds ripen in September. In autumn, Ikeda Town is covered with a golden-colored rice field. The rice is harvested on a chosen sunny day. We call it "inekari(harvesting)". The harvested rice is then dried, its shells peeled off, and its surface polished to produce the rice as we know it. Freshly harvested rice is very delicious. 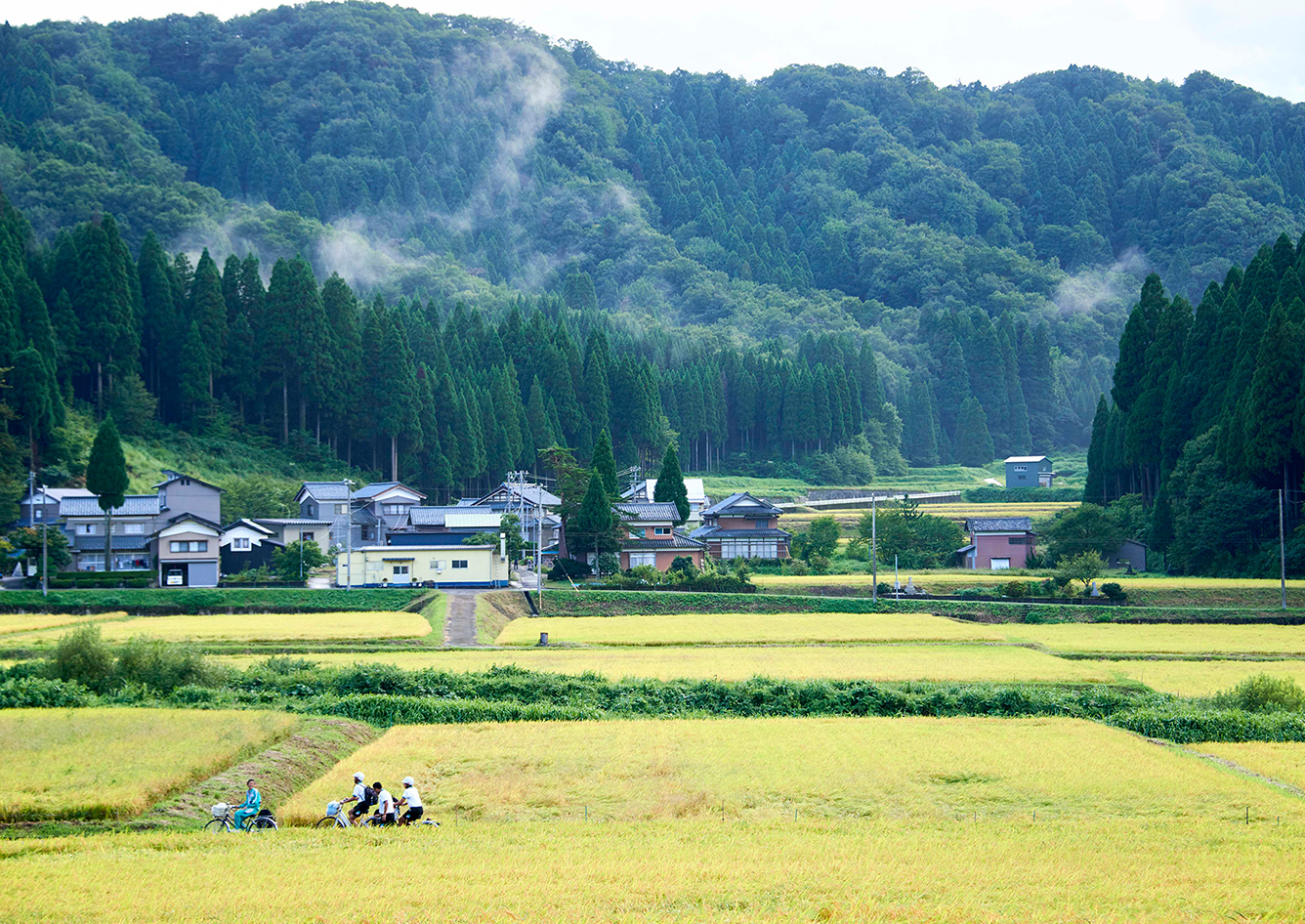 Rice in Ikeda Town is popular

Ikeda Town has been putting a lot of efforts in organic and recycling agriculture since 2000. Rice production with reduced use of pesticides and chemical fertilizers benefits everyone who eats or grows the rice, as well as creatures living in the rice fields. The high-quality rice from Ikeda Town is also popular among the people from outside town. In addition, Ikeda Town is also cultivating "glutinous rice", and the townspeople have been eating Mochi from long ago. A preserved food "Banko Mochi", made by adding a kind of herb known as Yomogi (Japanese mugwort), is a specialty of this town. Let’s enjoy the freshly cooked rice and Mochi rice cakes from Ikeda. 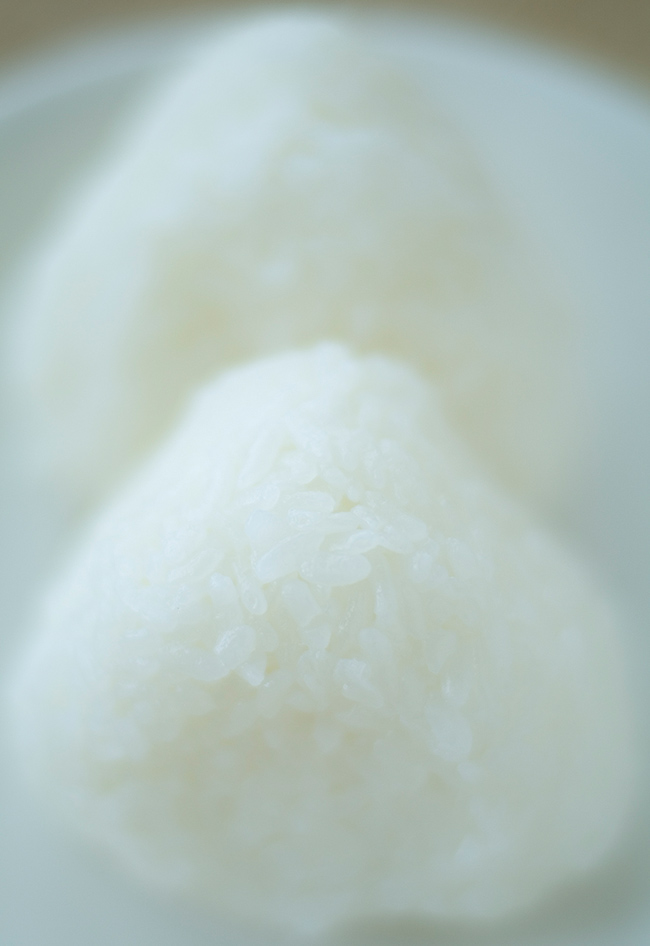